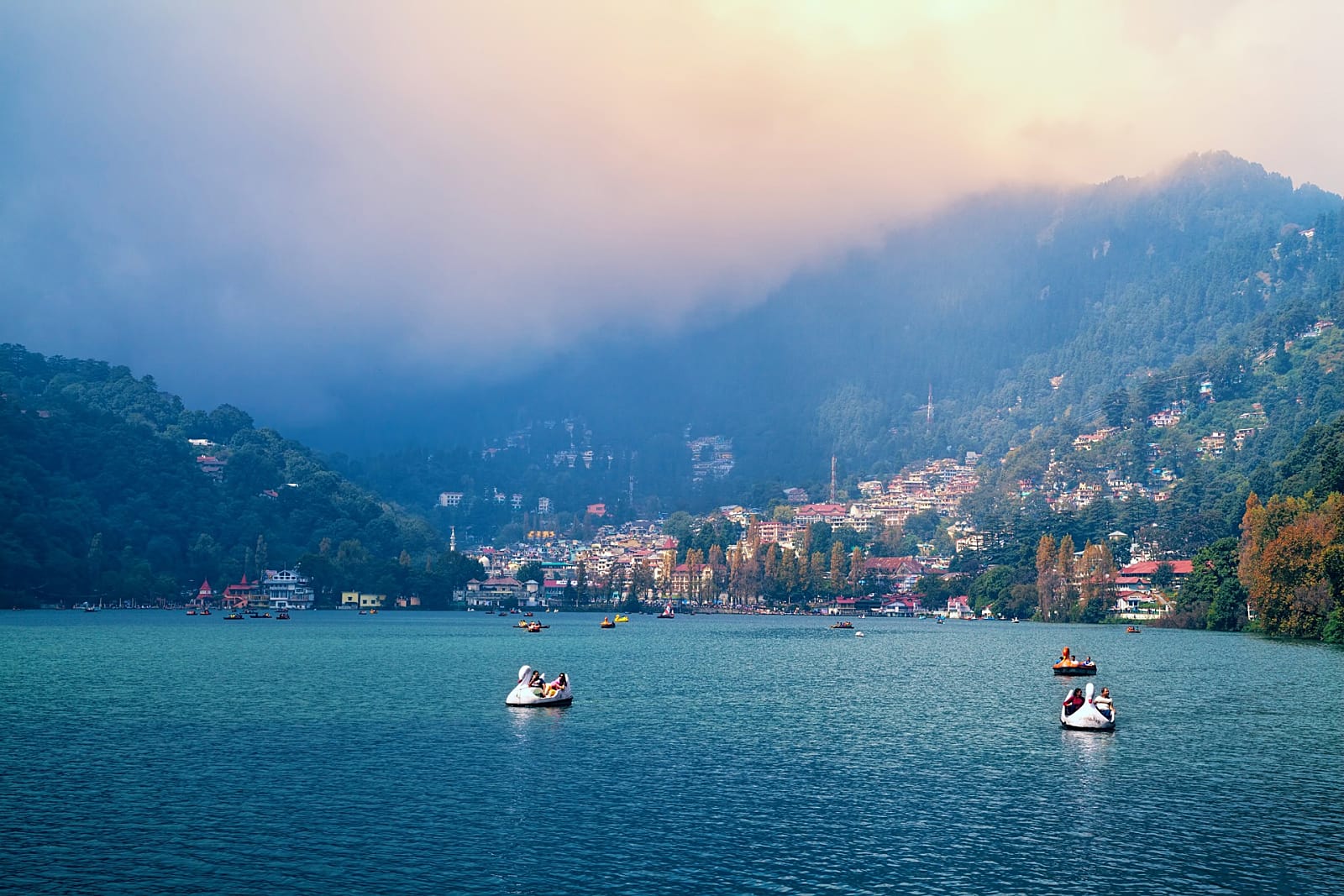 Nainital- The Lake District of Uttarakhand

Nainital- The Lake District of Uttarakhand also was known as Naini Tal, is a popular hill station in the Indian state of Uttarakhand and headquarters of Nainital district in the Kumaon hills of the outer Himalayas. Nainital is a Himalayan resort town in the Kumaon region of India’s Uttarakhand state, at an elevation of roughly 2,000m. Formerly a British hill station, it’s set around Nainital Lake, a popular boating site with Naina Devi Hindu Temple on its north shore. A cable car runs to Snow View observation point (at 2,270m), with vistas over the town and mountains including Nanda Devi, Uttarakhand’s highest peak. One of the most beautiful tourist destinations in Uttarakhand, Nainital, which is nestled amidst the Kumaon Hills, is a quaint hill station built around a uniquely shaped lake known as the ‘Naini Lake’ (thus contributing to its name Nainital). Also famously known as ‘City of Lakes,’ Nainital abounds in natural beauty, with its snow-capped hills and tranquil lakes lending it a nostalgic charm of its own. he Naini Lake flows through the heart of the city and is a popular spot for various activities such as paddle boating and row boating. Other lakes that you can visit are the Sariyatal Lake, Bhimtal Lake, and Khurpatal Lake. Nainital has quite a few hilltops that offer extraordinary vistas of the city and its surrounding regions to visitors. These include Naina Peak, Tiffin Top, and Snow View Point, all of which are very popular tourist spots.